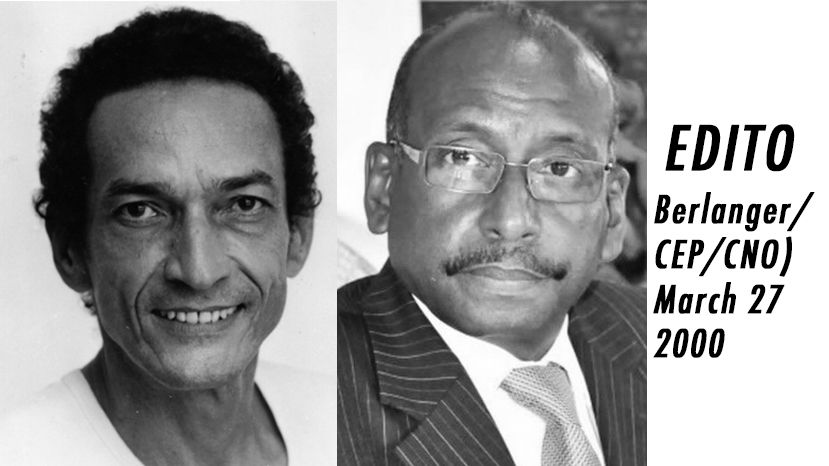 "In the light of the concept of free, transparent, democratic and honest elections, this should be the duty of of impartial observers? However, Mr. Leopold Berlanger, the Coordinator of the Conseil National d'Observateurs (CNO), is part of a coalition, working through Vision 2000, which is engaged in the destruction of Lavalas. First Point.

Second point. The Senator Wesner Emmanuel at this microphone and publicly, assuming his responsibility as a functioning senator, pointed out that Mr. Leopold Berlanger (who at that time had no credentials or title relating to the election process) during the December 16, 1990 presidential elections convinced a computer operator to change the results of the senatorial elections for the West. Senator Wesner Emmanuel further stated that he has a taped recording of this conversation between the employee and Berlanger and when this employee told Senator Wesner Emmanuel that the results of the elections are not the ones being announced by the President of the Departmental Electoral Bureau, Senator Emmanuel replied that he has a tape of the conversation with Berlanger and that he would publicize this trickery on the air. The employee considered this and then retreated and said that the results are correct and then gave the original results.

Voila, so this individual is now a member of a coalition which for five years has worked virulently with Vision 2000 against the Lavalas movement and this same person is the head of a national commission to observe the elections while in 1990 he tried to manipulate the results, and this is the person President Leon Manus gave the power to receive all information and documents related to the electoral process that should be sent to him quickly: First point.

Second point, to have the monopoly of the electoral observers: that all the national observers accredited by the CEP to observe the elections must be recommended by the CNO. Total monopoly! This is the second point.

Third point, which is more critical. In the case whereh is no original or a duplicate available the observer from the CNO can put together a report of the balloting as he observed it. This report which contains the numbers written out would be signed by the members of the head of the electoral bureau and the observer from the CNO. So, here is Mr. Berlanger having the power to put together the written report of the results of the vote.

Article 159: An original of the written report of the balloting is attached to the door of the electoral bureau by the president of the bureau and the other originals are distributed as follows: one to the BEC, two to the BED which transmits one to the CEP, two others go to the two representatives of the candidates that obtained the largest number of votes.

There is no mention in the electoral law of an original written report or a copy to be given to an observers named by Berlanger . No mention whatsoever.

The question we are posing now before further analyzing this text, which is unbelievable, is the following: Is President Manus, the president of the CEP, qualified to sign an agreement which contradicts the text and the spirit of the electoral law?

We have noted in the course of the electoral process, with the passion that you all know we have, the legitimate suspicion that there is a threat to the process with the successive unpleasant revelations of the role of IFES inside of the CEP and financed and directly manipulated by USAID. So, these legitimate suspicions about the CEP are getting larger by that unbelievable accord with the CNO. The question we are asking is the following: Did President Manus sign this very important text to give Mr. Leopold Berlanger the possibility of altering the results of the vote? Is President Manus' signature in accord with the other eight members of the CEP? I already know that one of them doesn't even know about the accord.

Secondly, Berlanger, who is the Coordinator General of the CNO, did he check with the CNO to sign , negotiate and sign the text? Thirdly, it is written in this agreement that all the documents should be directed to the executive. Did they send this protocole d'accord to the Executive? I direct this question to the President of the Republic." 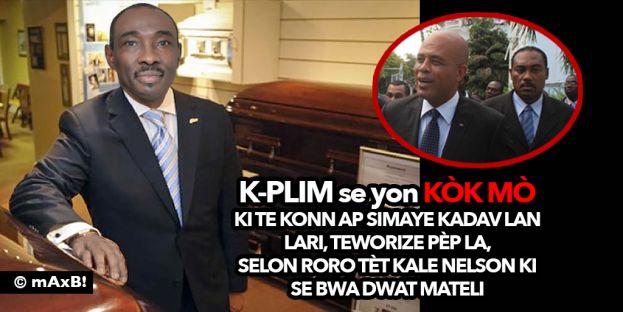 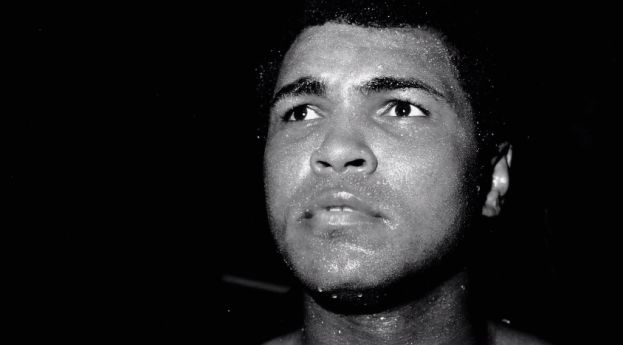